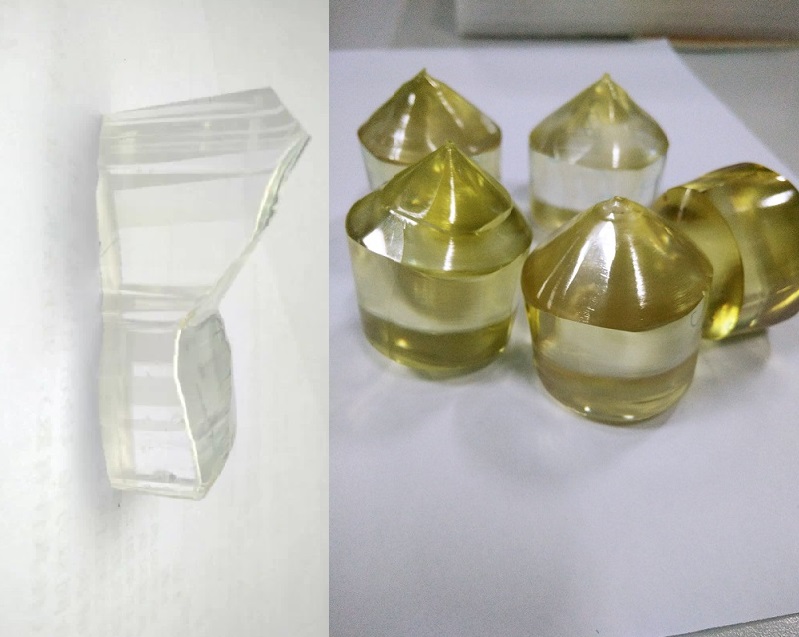 NLO(Nonlinear) Crystals, means the crystals that can generate nonlinear optical effect from laser beam or electricity, magnetic field and strain field. Share this:

KDP and DKDP (Potassium Dihydrogen Phosphate and Potassium) are one of the most widely-used commercial NLO materials, characterized by good UV transmission, high damage threshold, and high birefringence, though their NLO coefficients are relatively low. They are usually used for doubling, tripling and quadrupling of a Nd: YAG laser under the room temperature. In addition, they are also excellent electro-optic crystals with high electro-optic coefficients, widely used as electro-optical modulators, such as Q-switches, Pockels Cells, etc.

KTP(Potassium Titanyl Phosphate) crystals are the most widely used material for frequency doubling of Nd-doped lasers, particularly at the low or medium power density. It is widely used for frequency mixing to generate Red/Green/Blue output, and for OPO and OPA to generate visible to mid-infrared tunable output. It is also used for many E-O devices such as Q-switches and E-O modulators.